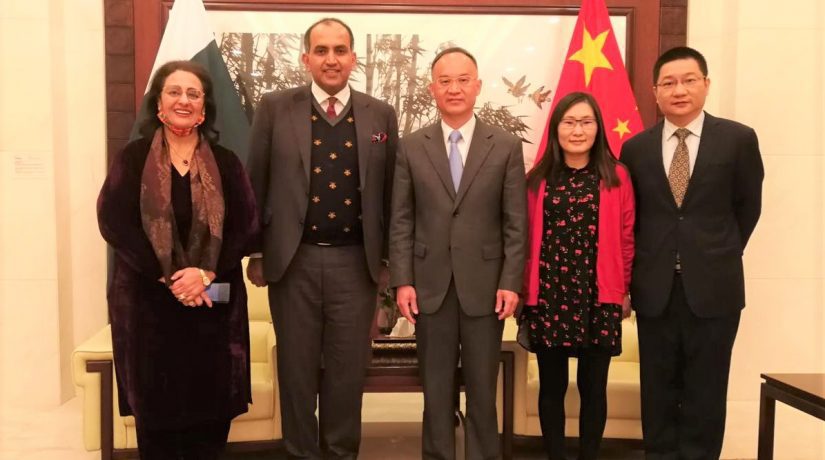 Speaking to The Millennium Education leadership, faculty and students, His Excellency Mr. Nong Rong highlighted the importance of Chinese New Year commonly known as Spring Festival. The year of ‘Ox’ which ranks second amongst the twelve animals of Chinese Lunar calendar, represents diligence, dedication, strength, and courage and is a symbol of vitality and prosperity. His Excellency appreciated the positive contribution of Millennium Confucius classroom and The Millennium Education over the past three decades to strengthen cultural exchanges for mutual learning amongst different civilizations. His Excellency extended his warm wishes on Chinese New year “The Year of Ox” and extended his support to Millennium Confucius Classroom to promote in depth cultural exchanges between China and Pakistan so that the friendship between the two countries can go further from generation to generation.

Chaudhary Faisal Mushtaq CEO The Millennium Education, said that Chinese Cultural exchange programs and people-to-people exchange is the key to strengthening the deep-rooted friendship between Pakistan and China.  Over the past 70 years, our two countries have developed all-weather friendships and conducted multi-dimensional cooperation. Pak- China friendship has remained as strong as a rock standing firm despite the passage of time.  To deliver World-class education where the rest of the World is increasingly Multilingual a well-rounded education includes high-quality language learning. Understanding and proficiency of any foreign language need time and Chinese is no exception. To indisputably understand the significance of Chinese Language Millennium Confucius Classroom offers Chinese language classes across the Roots Millennium Schools, in the private sector, with the aim of allowing the students to get linguistically literate and culturally competent. Millennium Chinese Language Department has 18 Full Time Teachers and nearly 8500 students learning Chinese Language. This has promoted cultural, social, business and educational opportunities among China and Pakistan for the benefit of our future generations.